Big changes in the VC world could open up whole new career opportunities for those looking to break into finance.

Q: Venture Capital firms are no doubt in trouble, but when they emerge from this period they’ll be ready to make new deals. Only next time around “old-school” due diligence, which is very labor-intensive, will rule the day. This will undoubtedly force VCs to hire new staff and make their structures more corporate. Do you agree? And what are the implications of this shift?

A: As Barton accurately points out, the industry is most definitely coming of age. In the 1970s and 1980s, venture capital was a clubby industry, characterized by a small group of close-knit Silicon Valley firms. It was extremely difficult to become a venture capitalist because the firms were intentionally kept small and the demand for capital far exceeded the supply. The outsiders they did hire were almost always people with whom they had a prior working relationship. Simply put, employment in venture capital was pretty much a closed door.

Today, however, the business is a lot bigger. In 2000, 494 U.S.-based venture funds raised $92.3 billion, an all-time record and a 57 percent increase from the $60 billion raised in 1999, according to Venture Economics News. In the fourth quarter alone, they raised $18.2 billion. With a lot of attractive opportunities and proven entrepreneurs looking for funding, venture firms have had to compete aggressively to win deals. To differentiate themselves, many VCs have added a suite of services. Several use a tag line such as “capital plus” or “strategic financial capital” to indicate that they do more than simply write checks. These services often include recruiting, finance, technology, and operational consulting, among other things. And they have changed the way venture capital firms organize themselves. In addition to the traditional roles of deal partners supported by a couple of financial analysts and an administrative staff, it’s no longer uncommon for major firms to have seasoned professionals with such titles as human capital partner, operating partner, CFO liaison, and CTO partner.

In other words, the task of VC firms is going to keep evolving, and the way they structure themselves to accomplish that task will too. While remaining partnerships, it seems likely that they will start to look more and more like investment banks and consulting firms. They will take on more associates and analysts to perform the time-consuming but increasingly important research and analytical work. They will support the portfolio company managers — and the partners, who typically serve as board members — with due diligence, strategic planning, deal analysis, and cost-control work. As a result, VC firms will start to be organized in the “pyramid” shape of typical professional service firms (i.e., fewer partners, more junior staff), rather than their pattern of “inverted pyramids.”

This shift represents a major opportunity for talented professionals attempting to enter such a lucrative and difficult-to-penetrate profession. The fact is that there is a paucity of directly experienced talent in this area. So how does one get in the door?

There are a couple of ways. The traditional door to VC-land typically opens for star performers in finance or strategy at one of the leading business schools, such as Harvard, Stanford, Wharton (at the University of Pennsylvania), Northwestern’s Kellogg, or Dartmouth’s Tuck. Another option is to spend two to four years as an analyst or associate at one of the leading consulting firms, like McKinsey, Booz Allen, Boston Consulting Group, Bain, or Accenture. Yet another — work as a top analyst at one of the leading investment banks, such as Goldman Sachs, Morgan Stanley, Merrill Lynch, Lazard Freres, or Salomon, Smith, Barney.

But aside from these conventional routes, you could find that your experience in corporate planning or business development at a leading corporation could be parlayed into a VC job. Of course, there’s still no substitute for developing a firsthand working relationship with a VC firm prior to considering employment there. This takes some hard work and good fortune, admittedly, but in VC firms of the near future, the opportunities will be there. 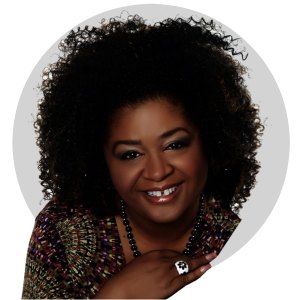 Michele Thompson is the Director of Operations at Marqui Management, an author, entrepreneur and finance coach. She has over twenty years of experience in mortgage banker finance, global investor services, real estate and debt consulting. Coupled with her advanced degrees she drives to help new and existing businesses to reach their goals. Connect with Michele via social media or her website here @ Michele Thompson